The (Executive Secretary), Provost of Kwara State College of Education, Ilorin, Dr. Abdulraheem Yusuf has been urged to attach serious importance to the welfare of workers. This call was made by the executive secretary of the tertiary education trust, Dr. Abdullahi B. Baffa recently when the provost paid him a familiarization visit to his office.

The executive secretary who hosted the provost and his team in his office congratulated Dr. Yusuf on his new appointment and prayed for his success while in office. He advised Dr. Yusuf to be patient, forward looking and focused. He equally urged him to assemble a very good team and be ready to accommodate a lot because the office he is occupying comes with its good, bad and ugly.

Dr. Baffa told the Provost that, to stay out of trouble, the latter should understand the financial regulation, respect the provision there-in and confine himself to the laws of the college and institution or avenues that the college would be interfacing with.

In his response, Dr. Abdulraheem Yusuf thanked the executive secretary and his team for the warm reception and all the words of advice he has given.

On the staff welfare, the Provost said, as a comrade who believes an injury to one is an injury to all, he has not and will never play with the welfare of his staff. The Provost equally used the opportunity to seek clarification on some grey areas of TETFUND intervention. The executive secretary attended to all the issues raised by the Provost and promised to be of assistance to the College always.

The session was attended by some directors, TETFUND staff and members of the Provost entourage. 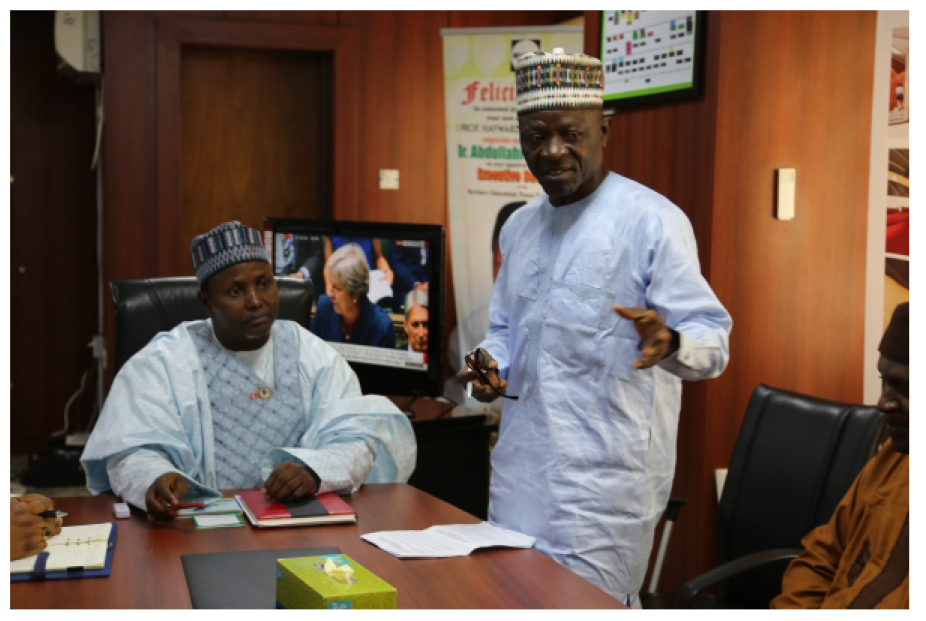