THE PROFILE OF AN ASTUTE SCHOLAR WITH UNRIVALED CONSISTENCY IN PROFESSIONALISM

The rave of the moment, a man of many parts, an enigma and above all, an academic with intimidating but encouraging profile in all ramifications, Dr. Abdulraheem Yusuf, popular known as “COMRADE” perhaps  because of his untiring love and passion to stand with the truth despite all odds and his commitment to upholding excellence at all times. 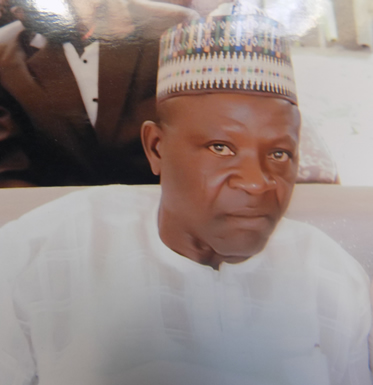 He did not just wake up one morning to achieve all these accolades, but because of a very long time of hard work, sincerity of purpose and so many relentless efforts toward upholding undaunted, consistency of achieving absoluteness in carrier choice and dedication to its pursuance to the letter, the outcome of which is what everyone is now talking about today as a point of  emulative reference.

Little AbdulRaheem, just like his friends and foes in the neighbourhood started his education career as a young  lad who wishes to come, see and conquer. His birth was announced just like any other baby, of course, the news was received with a rousing and resounding welcome that accompanied his coming to the world with lots of joy from family and well-wishers.

He was eventually given that historical and blessed name AbdulRaheem, during his growing up period, he went through thick and thin but he is destined to lead.

Yusuf AbdulRaheem started his schooling in those beautiful old years when education was valued like gold  though through personal and self-efforts to pursue, he did these with all available powers laced with prayers to accompany these efforts from almighty Allah who crowned everything with resounding success in all ramifications.

According to record, University of Ilorin remains undoubtedly the major pedestal or platform on which Dr. Yusuf AbdulRaheem launched himself into the world of academic excellence. Perhaps because of his carefully chosen professional carrier consistency in the field of Social Studies as a course.

You will recall that he began his teaching profession in Ilorin, the Kwara State Capital having completed his secondary education at Government Secondary School, Malete in Moro Local Government Area of Kwara State in 1978 and Grade II Teachers’ certificate, in Lokoja Teacher’s College in Kogi State.

Having completed his secondary education, he proceeded to Kwara State College of Education, Oro for his NCE in Social Studies/Economics which he completed in 1984. For his B.A. (Ed) Honours in Social Studies, Dr. Yusuf came out in flying colour as he performed excellently well with Second Class (Upper Division) at the prestigious Better by Far University of Ilorin, Nigeria 1991.

Due to his flair for academic progress in line with his dream and aspiration to become a worthy teacher by training, he proceeded for his M.Ed in Curriculum Studies; Social Studies Education in 1998 in  the same University of Ilorin. Then, in 2001, Dr Yusuf again moved up to obtain  a Certificate in Data Processing and Management Information System, in line with the Global trend at University of Ilorin Computer and Information System (COMSITS). To crown everything, Dr. AbdulRaheem Yusuf proceeded for his Ph.D also in Social Studies Education in the same University of Ilorin, Nigeria,  between 2001 to 2004 respectively. Like a perfect dreamer who wishes to bring his dreams of a very long time to fruition, Dr. Yusuf has been promoted to the exalted position of an Associate Professor, precisely on 1st of October, 2015 to his present status at the University of Ilorin Nigeria before his present appointment as the seventh (7th) substantive Provost of Kwara State College of Education, Ilorin, the first  State College of Education, in Nigeria.

He is from Social Sciences Education Department of the University of Ilorin, his date of first appointment in the University of Ilorin as Assistant Lecturer 24th July, 2002, in his efforts at  putting in the best into academic development,  especially in his Jurisdiction within and outside Ilorin and even beyond the shore of Nigeria, he has been bestowed with Honours, Distinctions and membership of learned professional societies which include but not limited to these; Member of National Association of Social Studies Educationists (NASE), Secretary General, Social Studies Association of Nigeria, Member, United States of America, National Council for the Social Studies (NCSS).

The training programme which Dr. Yusuf AbdulRaheem have so far attended are 25 in number and all took place in Nigeria and beyond respectively.

Of all the publications credited to Dr. Yusuf, some of which are published articles, there are ten published Articles, others include, 15 National Journal Articles in print, and his research interest or commissioned projects are; Developing Border Education: A case study of Kwara State, a proposal submitted and accepted for Faculty grant by University  Research Grant, also inclusive is, Nigerian Household Education Survey. A proposal submitted for a grant to the Nigeria Education Research and Development Council.

Dr. Yusuf’s special teaching experience especially courses taught in the University which are 21 in number respectively and his experience since basic qualifications are summed up to 43 in number.

He attended several conferences, the major ones attended with papers read, were 31, six of which were International Conferences 15 were National, two were  organized by Universal Basic Education Commission (UBEC), Kwara State Chapter while two were at the University Ilorin,  Nigeria.

Dr. Yusuf Abdulraheem is a community man to the core, he is popularly known in and around the nook and cranny of the Ilorin Emirate and its environs in particular, the States and Nigeria, in general, as he had in the past and still is assisting his community  using his wealth of experience and the good offices at his beck and call, to make his dream a fulfilled one, after all, his appointment as the Seventh [7th] Substantive Provost of the College beckons.

He is a detribalized individual with service to the people as he is masses friendly an Associate Professor of note, a respected, responsible, responsive and inimitable gentleman with humility. Dr. Yusuf Abdulraheem is happily married and blessed with beautiful children.