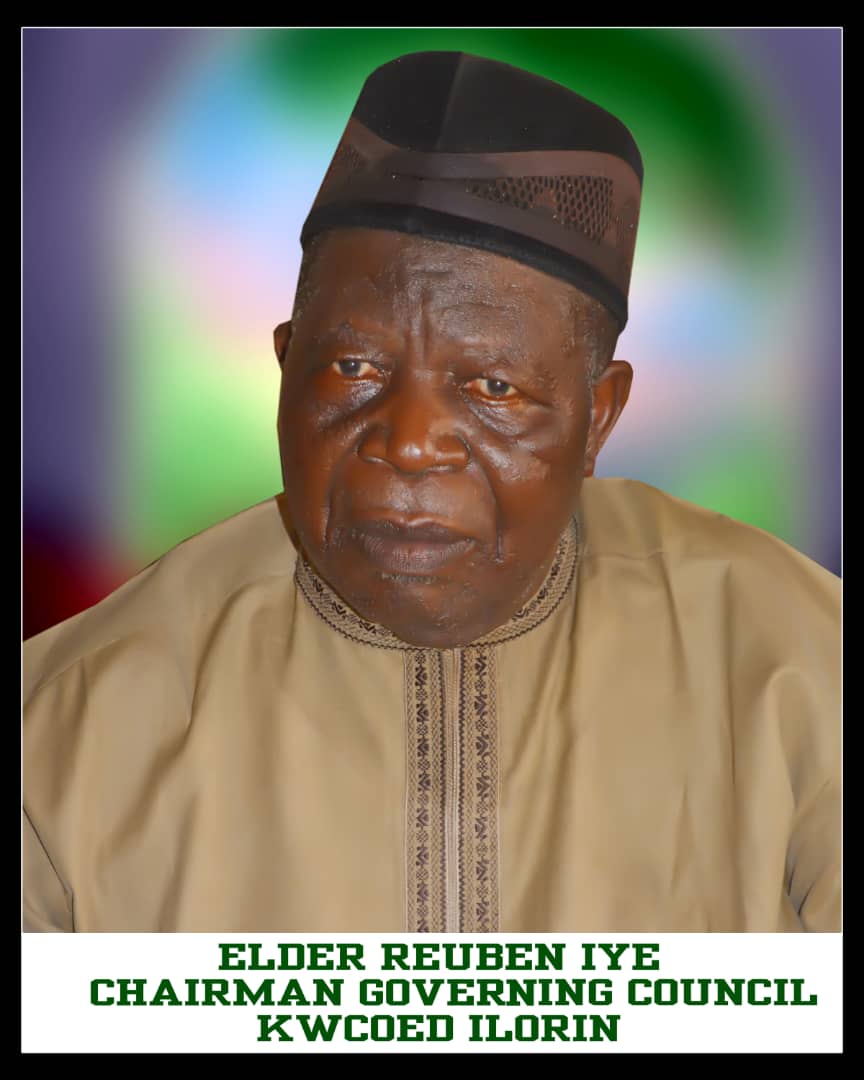 Elder Reuben Abimbola Iye, the current governing council chairman of the college was inaugurated as appointed chairman with other members of the governing council, by the Governor of Kwara State, Mallam Abdulrahman Abdulrasaq, who is a visitor to the college on Tuesday 23rd February, 2021.

In his untiring flair for educational attainment, Elder Reuben moved ahead for his B.Ed degree in Language Arts with a resounding (Second Class Upper Division) from 1983-1985, at Ahmadu Bello University, Zaria. He deemed it fit to crown it all with a Master degree, M.A English Language at the prestigious better by far University of Ilorin, Nigeria from 1992 to 1993 respectively.

He joined the service of St. Peter’s Primary School, Ira in Oyun LGA of Kwara State, Nigeria as a class teacher from Jan. 1971 to Dec. 1971 and in Christ African School Ogidiri, Offa as class teacher, between Jan. 1972 to June 1977.

He served as Coordinator of Handball at the College of Education, Ilorin. He also served as group Project Coordinator at ABU Zaria, and at the University of Ilorin respectively.

Elder Iye is an active member of Koro Progressive Union (K.P.U), the Secretary, Koro Students’ Union between 1967 to 1968 and became the Chairman Board of Governor, Koro Grammar School between 2003-2005.

He had flair for Teaching and had passion for research among which is Language Education with special interest in English Language Teaching (ETL) especially Phonology Applied Linguistics, Applied Sociolinguistics/ Psycholinguistics/Language Policy and Planning and Material Development.

In fact, he wrote four (4) different books, he has six different publications, he attended five different Seminars and Workshop Presentations and had two (2) Dissertations and Thesis.