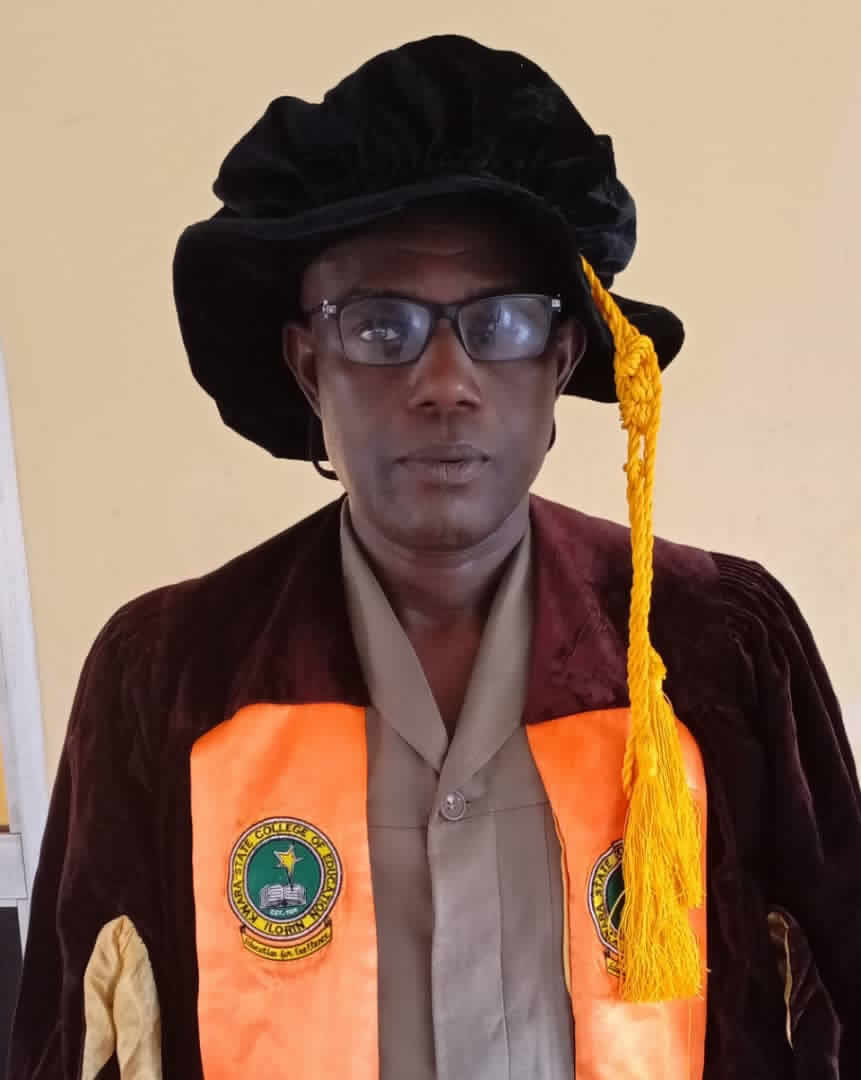 LAWAL Suraj Abayomi, the new Acting Registrar of the Kwara State College of Education, Ilorin was born on 3rd February 1965.

He proceeded to Kabba Teachers'  College, Kabba for a year Pivotal course from 1981 to 1982 for the Teachers'Grade Two certificate.

From 1984, he was in the University of Ilorin where he studied History and bagged a Bachelor's of Arts degree in History in 1988. Between 1989 and 1991, he was back into the same University for his Master of Arts in History.

He worked in the publishing industry between 1991 and 2004 where he started as a sales representative and rose to the rank of Zonal Manager.

S.A. Lawal joined the service of Kwara State College of Education Ilorin in 2005 as a Senior Assistant Registrar in the Provost office. He later served as Administrative Secretary in the Student Affairs Unit from December 2005 to September 2006, Interim Joint Matriculation Board (IJMB) Centre, September 2006 to November 2007, Administrative Secretary and Desk Officer of the College's Consultancy services between November 2007 to June 2010.

He was the Head of the Pension and Statistics Unit from June 2010 to September 2012 from where he was posted to the Continuing Education Center now the Directorate of Undergraduate Studies as the Administrative Secretary from September 2012 to June 2016.

Mr Lawal Suraj Abayomi, who enjoys playing tennis, travelling, reading and making friends, is happily married and, to the glory of God, the marriage is blessed with children.